We all know the kitchen plays a tremendous role in where your physique, performance and health is made. A lot of stuff could go extremely wrong or strikingly awesome. In other words, it’s where the majority of the magic happens, especially when you’re dealing with fat loss. I not only wanted to share with you some very common problems I see at JRPT, but also how I have found to solve them.

Problem #1: You’re preparing meals and or cooking while your hungry.

Now, that may not seem like such a heroic statement alone especially if you don’t cook for yourself (or at all). But when do most people get hungry and eat “crap”? The majority of people tell me when they get home from work or in between meals times while COOKING, they are “starving”. I mean food is literally at the tip of your fingers. This is a very common time people dive into whatever they can which leads to less than optimal fat loss results.

Solution: I call this “The Shake Trick”.

To perform this trick you must have a protein shake, or a high protein meal in the fridge at all times. I wish I had more to tell you but as Porky Pig would say, that’s all folks. Saying that, here are some guidelines.

Some other cool things about this are…

An example shake (shown in pic above): Gather up a fruit of your choice (optional), 1 scoop of a protein powder, some healthy fats (natural nut butter, extra virgin coconut oil etc.), add some water and ice to the mixture, then blend. If you want to consume some extra carbohydrates, feel free to add something like quick oats right into the blender as they mix incredibly well. You can also add something like unsweetened cocoa powder, ground cinnamon, or any other natural seasonings according to your taste preference. Just get creative. This takes about 2-3 minutes.

Problem #2: When food is available to you, someone (probably you) will eventually eat it.

I agree with this by Dr. John Berardi over at Percision Nutrition because I have noticed the same patterns with just about every single person I have coached, minus a few exceptions. I also may be wrong here but I personally believe it still counts even if nobody see’s you eat that ice cream. “I ate it, but didn’t want to. I had no intention of eating this but I did.” So let me get this straight, you ate it but you didn’t plan to, nor did you even want it in the first place. It all makes perfect sense…

Again, I also agree with some of Dr. John Berardi’s solutions here as they work fantastic. I have just added a little twist with adding the re-evaluate and re-adjust pieces to the situation, even though I am sure he does this as well.

(Here’s and example of being halfway through a client re-vamp. You tell me when a person will be more successful. Note there are actually many more “non cabinet” foods in the house now, and it took a little while to get to this point.)

Remove the garbage: Fat loss is a lot easier when you create and environment that’s easier to achieve it in. Get all the stuff you shouldn’t be eating out of your house and it’s impossible to eat it. I know it’s easier said than done but it’s possible. Try to get extra support from the people who live with or are around you, and explain to them why your doing this. More on this in a moment.

Replace it with better options: Give your kitchen a new “feel” and look, and you will in turn feel, look, perform, be a lot healthier as well. By simply replacing things like fruit juice with real fruits, hydrogenated peanut butter with natural nut butters, and white bread with sprouted grain breads etc. it makes a huge difference. While doing this try to find things the people you live with and that surround you will eat as well. Work with each other and this will be a more enjoyable situation.

Re-evaluate the situation and re-adjust if needed: This is self explanatory but re-evaluating is just as important in nutrition as it is in fitness, rehabilitation and in life. Without going into too much detail, if you don’t have a coach, it’s your job to figure out if the overhaul is working. Test and re-test on a continuous basis.
*Bonus boo boo’s for parents and guardians: Don’t buy food and say you did so because your kid “needs” it. 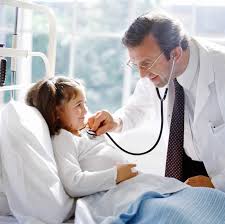 You bring your kids to the doctor, dentist, and even make sure they wear there helmets and seat belts, but the safety portion missing is often nutrition. This subject is one huge part that could limit doctor’s visits in the first place. Fix the cause of problem’s not the result of them.

If you want the best for your child, the truth is they should be eating healthy too. If you cook and eat healthy meals your children will eat them with you. If you don’t feed your children junk then they won’t eat it. (At least while they are around you). I am not saying deprive them, I am just saying that the majority of the time people don’t realize kids like healthy foods. When I hear things like, my kids LOVES that natural peanut butter on celery now, or mommy can I have a piece of fruit, what is that telling you? Get and give the kid more healthy foods and let them eat a good amount of them.

If it’s not their fault and they really don’t like the new food choices you have provided, all you must do is find another healthy food substitution or recipe they do like. I  recognize it’s easier said than done and it could take some work and time, but is your child’s health worth it? Then put your thing down flip it an reverse it! (OH NO, DID I REALLY JUST SAY THAT?!) There is a fine ground between making everyone satisfied. Understand that I don’t have children, but also notice that I witness patterns where it’s a lot less difficult for families to eat better when children are INCLUDED in the nutritional/life change. Just remember, small adjustments at a time.

(Don’t be demanding like Harry Wormwood from Matilda, instead form a cooperative style relationship around edible materials.) 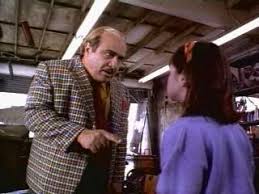 If I did my job today, I have just made you aware of three very common problems while on a healthy fat loss journey and how to solve them. I understand “magic” is supposed to be kept secret, but use the shake trick I showed you and make more people aware of this easy solution if it works for you. More importantly, go after the kitchen overhaul and start replacing anything you can. Don’t let your children “get in the way” but rather INCLUDE them and find things they like as well. While doing these things monitor yourself and others, and see if they better your progress. The next Uh-Oh installment will be in your vision soon:)

Justin Rivelli has been training clients online and in-person at his private gym in Berkshire County, Massachusetts for over 15 years. He specializes in helping 35 to 65 year old adults improve their body composition with well-rounded fitness plans that suit their needs, wants, and lifestyle. You can find out more about him at www.justin-rivelli.com.
Previous: Get Awesome Results (Part 3): How “Winner’s” Think
Next: Fat Loss Disaster’s Part Two: Compliance