You are here: Home / Coaching / Get Awesome Results (Part 3): How “Winner’s” Think 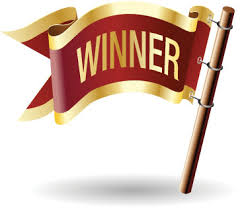 Before we start, let’s clarify what a winner is. For the purpose of this post a winner is anyone who survived the Zombie invasion and the end of the world on December 21, 2012. Congratulations! On a more serious note, a winner can be defined as anyone who enjoys what they do while accomplishing a goal they aim too. Below I listed how “winner’s” think and how to fix some “losing” qualities you may have. Do you generally have a “winning” or a “losing” mindset? Let’s find out.

“Winner’s” STRIVE for success, they don’t try to AVOID failure. 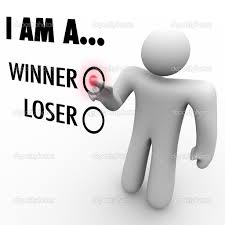 You also see these “losers” stop putting forth effort to protect their self worth. If people knew they tried hard and still failed, others would “know” they didn’t have the ability to succeed. To help solve this problem you would have to do things like build on success, set personal goals etc. like I mentioned in the past two articles “Coaching the M word” and “How to Progress”.

They don’t think they know everything. 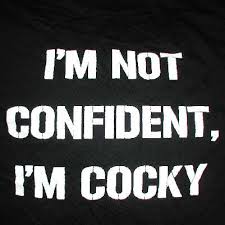 (of course this is bad)

Nobody knows everything. If someone did or at least thought they did, they would never learn anything new. The quote that’s been floating around the strength and conditioning world for quite some time now is “the more you learn the more you find out you don’t know”. It’s one of the truest statements I have ever heard.

“Winner’s” arms are open, even they do belong to a “tribe”.

I’ll explain this in the fitness realm since that is the purpose of this blog. I am defining a “tribe” as a group which possesses certain qualities and characteristics that make it a unique. Before I get more in depth, let’s think about this in the simpler mindset.

In general, a lot of people do Yoga because they are naturally able to get into crazy positions, just like a lot of people do bodybuilding because they are naturally muscular. We all know that bodybuilders could become more mobile and flexible if they did Yoga, which would in turn could decrease chance of injury and give them the ability to get into better positions so they can perform better. Where on the opposite hand people who practice Yoga could get stronger, become more aware of how to fire muscles, and decrease some excessive laxity in their joints if they did some other types of training.

Taking it a step further and for example #1, let’s take a look at…Yogies:

Since most people are not even near as mobile or as flexible as they should be Yoga is fantastic. It’s even good for people who can’t relax, or for anyone who just plain likes it and it gets them moving. But saying this there are a lot of yoga fanatics, teachers and people out there who promote it for different types of dysfunction or pain either because it has “worked for them” or for whatever else it may be. The reality is, certain dysfunctions along with things like back, neck, hip and shoulder pain etc. are very complex problems. Not all problems have the same exact underlying cause and Yoga could (and sometimes does) make a particular problem worse. When it comes to being put into hypermobile positions, not everyone deserves to, nor should they be trying to get there. Of course with a good Yoga mentor, they do understand things like this and that other methods and modalities are better options to treat injury or dysfunction.

For example #2 let’s look at CrossFit:

I am not going to ramble on about how CrossFit seems to cause a lot of SLAP tears, UCL, or lumbar injuries like a lot of other people seem to be doing, but instead I will explain what is beneficial about it, so you understand my point of how you should not get “set in your ways”.

Besides, what about all the other “general fitness certified trainer’s” that cue bad technique causing injuries (acute or chronic) or that neglect soft tissue work or proper warm ups to prevent injury? I am around your average “trainers” almost all day and see very few doing any prophylactic work or that pay attention to detail (technique, nutrition, sleep, stress etc.). Instead everyone seems to be bashing CrossFit coaches and tearing them down. Instead let’s try to make ALL PEOPLE who coach aware of the most effective and safest training methods out their according to their client’s goals.

Now that I am off that tangent…

I like CrossFit for the idea that it gets women to lift weights, the average crowd moving, and it gives people a sense of meaning and feeling of comradery. It also gets some people eating better with the Paleo diet they support. CrossFit brings about and forms some of the most dedicated fitness individuals I have seen in a long time. But saying this, some die hards take it way too far as I have heard the following things said recently…

“You are starting football soon? You should do CrossFit. CrossFit makes you good at Olympic lifting. I want to get big, I’m going to start CrossFit” Doesn’t that just sound a little off to most of you?

Even though I think CrossFit would contribute to achieving the above goals, I also believe it is a jack of all trades master of none type of fitness. It makes you good at many things, but great at none. Think about it, if you want to be good at Powerlifting, Olympic weightlifting, a particular sport or bodybuilding etc. you have to specialize. Again, the intelligent and knowledgeable people who practice CrossFit do understand this. They understand the reality of what it is, does, and can do. These people are a rare person to find from my current personal experience.

To sum this up, you can see how I am far from being a CrossFitter, nor do I practice full on Yoga, but I am open to what they preach, can learn things from them, and do recognize these forms of practice benefit people in certain ways. In the fitness world, don’t just eliminate all other forms of exercise once you find your niche or because you hear something bad about it. Research it, ask questions, try it for yourself, seek out people who are good at it, etc. Then form your own opinion. Even still, in my eyes there is no need to shoot anything down as you can always learn keeping an open mind.

Successful people challenge beliefs. Even the most popular information that’s supposed to be right.

Successful people aren’t afraid to do anything or bring up controversial ideas. I love the quote from a TED talks video I saw a couple years ago that I’ll never forget by sir Ken Robinson. He said “If you’re not prepared to be wrong, you’ll never come up with anything original.” I believe successful people are not afraid of what other people think even though they do value others opinions. If you always go with the crowd and worry about how someone might criticize you, you will never have room to grow and be creative on your own.

A lot of stuff we are taught is wrong anyways. Question everything, and believe in the information you find measurable and that actually works. I will post real life examples of this in the future to prevent to article from getting longer than it already is!

Winner’s surround themselves with other extremely successful people.

Successful people usually find people that are the best at what they want to do and learn from them.  If you want to be good at what you do learn from willing reliable sources and trust them. They know what works and will leave out a lot of the “dirty work” or “headaches” you don’t have to deal with.

In the past two articles I wrote about how you can’t motivate people but you can create and environment to get people to motivate themselves. By surrounding yourself with winner’s you are one step closer to an ideal environment. Don’t miss out on opportunities of learning from the best people you can find. It may change your outlook on things forever. Usually talking to these people is like striking gold.

Note: There will be certainly be other ways of achieving your goals and I 100% encourage experimentation and originality like I mentioned above, but saying this let’s read the next statement…

This refers to or over-thinking a situation so that a decision or action is never taken. For the purpose of fitness,  this problem causes people over analyze “what to do next” because of the limitless possibilities. In other words, they overwhelmed by and don’t act. That is obviously not good.

Their movement is not limited by their mind. 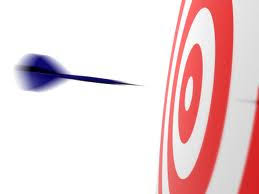 Winner’s are confident and know they can achieve anything.

You think your muscles are tired on a high rep set? I guarantee most of you could do an extra 5-10 reps (YES 5-10 REPS) even while keeping form if you really pushed yourself. I’m not saying do it all the time, I am just saying more is possible than you think. My point again is most people limit themselves way too much because of what they see, here, or believe. They do what their mind or body tells them which is sometimes not so fantastic.

Look at the 4 minute mile. Now I am not a runner but I understand it was first achieved in 1954 by Roger Bannister in 3:59.4. Now his record is broken, and the “four minute barrier” as they call it is the STANDARD of all male professional middle distance runners. Even though we do have advanced training techniques etc. I believe just seeing it was possible was the biggest breakthrough for many.

One of the biggest reasons I love my job is that the things I have seen clients accomplish blow not only their own minds, but friends, family members and everyone around them who ever has doubts. Proving them wrong is great and all, but just that feeling of success is unexplainable.

Before I conclude, here are 18 more really important bullets about “winner’s” I want to throw at you without explaining too much. 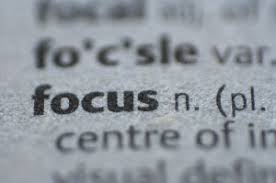 By having these winning qualities you can become unstoppable. You can accomplish what you aim to, and even what you never thought was in your reach. By changing your expectations and implementing most of the above steps, I believe you will become the best of the beasts. Good luck on your journey and get to becoming much more awesome.

Justin Rivelli has been training clients online and in-person at his private gym in Berkshire County, Massachusetts for over 15 years. He specializes in helping 35 to 65 year old adults improve their body composition with well-rounded fitness plans that suit their needs, wants, and lifestyle. You can find out more about him at www.justin-rivelli.com.
Previous: Get Awesome Results (Part 2): Coaching the “M” Word
Next: Fat Loss Disaster’s Part one: Kitchen Mistake & “Shake Trick”